Historic drilling at Lazy Edward Bay encountered positive indicators for uranium mineralization such as strong clay alteration and faulting in the sandstone and basement rocks along with elevated levels of uranium and boron in the basement rocks.

Vancouver BC – Traction Uranium Corp.  (the “Company” or “Traction”) (CSE: TRAC) (OTC: TRT) (FRA: Z1K), a mineral exploration issuer focusing on the development of discovery prospects in Canada, including its two flagship uranium projects in the world-renowned Athabasca Region, is pleased to announce that the crew had mobilized the drill rig and has collared the first hole for the summer drill program at our Lazy Edward Bay property, located in Northern Saskatchewan’s Athabasca Basin.

Fission 3.0 Corp. (“Fission 3’) will conduct the work program in accordance with the terms of the Option Agreement between Traction and Fission 3, whereby Traction can acquire up to a 70% interest in the Lazy Edward Bay property. (see Dec 10, 2021 Traction news release.)

Lester Esteban, Chief Executive Officer, stated “We are excited to have the first hole collared and the drill turning at our Lazy Edward Bay property. Historic drill hole LE-072 intersected strongly altered basement rocks returning up to 170ppm Uranium in a brecciated, sheared and altered basement structure. LE-073 reported strongly bleached and fractured, in part limonitic, sandstone throughout its entire length with clay filled fault gouge in the lower sandstone returning 550ppm anomalous boron. Ticks a lot of boxes for identifying uranium mineralization in the basin and our team will be drilling along section, and along strike from these encouraging historic drilling results.” 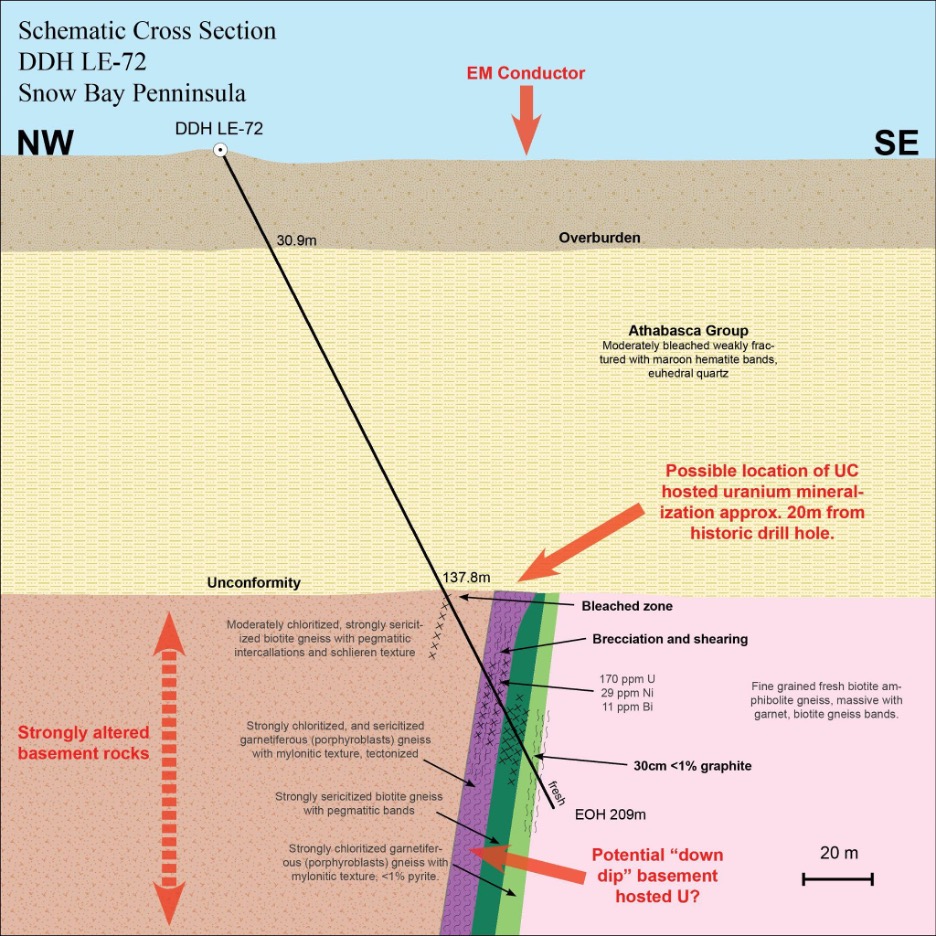 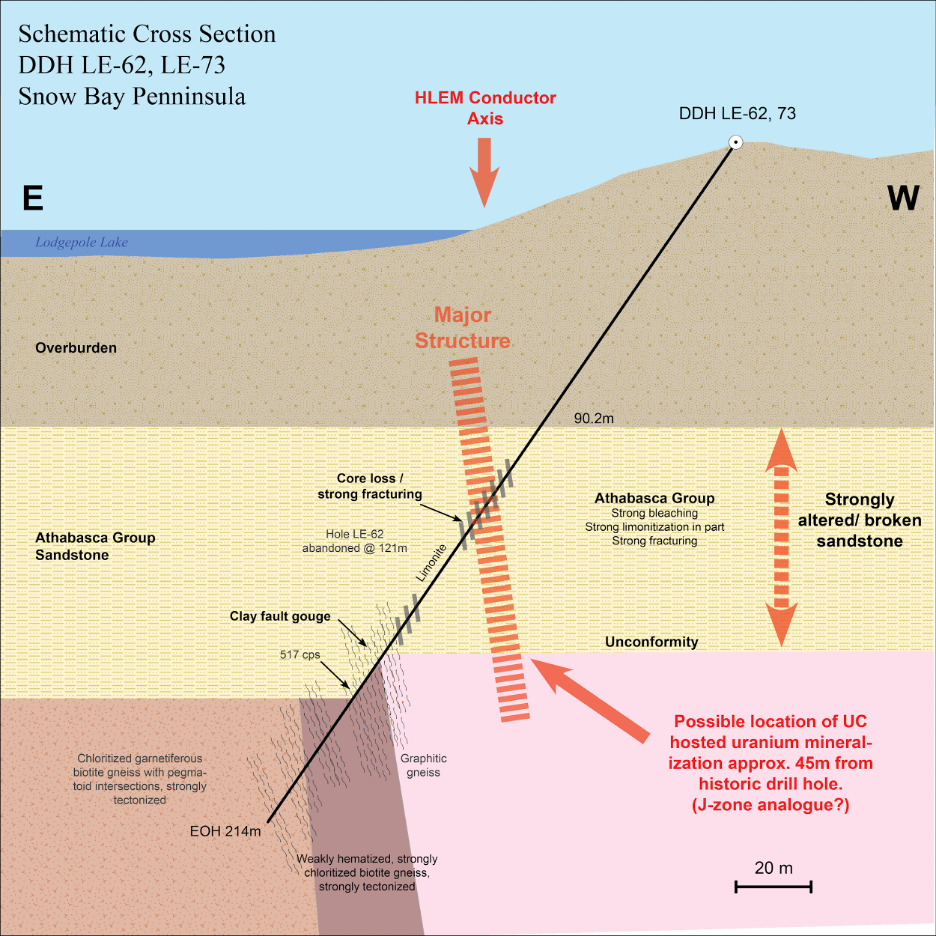 The Lazy Edward Bay property is located halfway between Cameco’s Key Lake Mine and the high-grade Centennial uranium deposit, and hosts NE-trending conductive corridors similar to those associated with Key Lake and Centennial. The major uranium deposits in the eastern Athabasca Basin, including Key Lake, McArthur River and Cigar Lake, are along the NE-trending Wollaston-Mudjatik transition zone and conductive corridor. To the west of the property, the Centennial deposit is localized along the NE-trending Virgin River conductive corridor which transects the entire Athabasca Basin. The Key Lake mine, located ~50 km to the east of the property is accessible by Provincial Highway 914, serviced by the provincial power grid, and has an operating mill where the McArthur River ore has been processed.

Traction Uranium (CSE: TRAC) (OTC: TRCTF) (FRA: Z1K) is in the business of mineral exploration and the development of discovery prospects in Canada, including its two flagship uranium projects in the Athabasca Region.

The technical information in this news release has been prepared in accordance with the Canadian regulatory requirements set out in National Instrument 43-101 and reviewed on behalf of the company by Raymond Ashley, P.Geo., Vice President, Exploration of Fission 3.0 Corp.,