*Total Digestion: A 0.125 g pulp is gently heated in a mixture of ultrapure HF/HNO3/HCl04 until dry and the residue dissolved in dilute ultrapure HNO3.

The “Black Soil” anomaly was discovered by the Company’s research geologists (Dr. Reza Deevsalar and Ayetullah Tunc) from the University of Saskatchewan’s Quartz Degradation Program under Dr. Yuanming Pan and was encountered within the giant surface uranium anomaly (GSUA) in an area of approximately 10 square kilometers (see Figure 1). The “Black Soil” anomaly was observed with thickness varying from a few centimetres up to 30 centimetres at several spots within the near surface overburden while conducting ground exploration in the fall of 2022 (see Photo 1).

A similar radiometric anomaly was discovered close to the north shoreline of Seashorse Lake by Uranerz in the early 1970’s. Soil samples of the anomalous area assayed up to 1% U3O8. The soil anomaly found and analyzed was discovered above the Gaertner ore body making up what is now known as Cameco’s Key Lake Deposits producing a total of 209.8 million pounds of uranium with an average grade of 2.32% from 1983 to 2002.

The Key Lake site included two ore bodies, Gaertner and Deilmann, discovered in 1975 and 1976. Mining was conducted between 1983 and 1997. Milling began in 1983 and continues today (excerpt from Canadian Nuclear Safety Commission). The company’s KLS Project is located approximately 5 km from the Key Lake Mill which has been recently restarted by Cameco.

Linglin Chu, M.Sc, P.Geo and Company QP stated, “If volume is promising, the extremely high concentration of uranium and cobalt in the “Black Soil” found within overburden will open up a new exploration concept as “overburden-hosted” uranium mineralization at KLS. Further work is required to determine volume and extent of the occurrence at shallow depth, however the proximity of the project to Cameco’s Key Lake Mill is advantageous in mining and milling compared to unconformity-hosted or basement-hosted uranium deposits typically found in the Athabasca Basin. To unearth the potential, different drilling methods will need to be employed such as auger drilling and reverse circulation (RC) drilling at the location of the “Black Soil” and surrounding GSUA within KLS to determine the extent of the “overburden-hosted” uranium and cobalt mineralization.”

Further analysis is currently being conducted on the “Black Soil”, the results from KLS Phase 1 and 2 field programs paired with the Geochemical Analysis Results have generated high priority drill targets for the upcoming 2023 winter diamond drill program.

Lester Esteban, Chief Executive Officer, stated “Our exploration team has been anxiously awaiting the geochemical results from the radioactive “black soil” sample since encountering it during our Phase 1 field program at KLS. What makes the SRC results exciting is this is not the first-time radioactive soil has been discovered at Key Lake. It was first encountered in the early 70’s sitting on top of one of the first deposits to make up the Key Lake discovery – fast forward to 2022 and we are following the same narrative 50 years later by encountering the radioactive soil once again to generate high priority drill targets for our upcoming winter diamond drill program. In addition, having uranium mineralization in the till, within the over-burden, at near surface presents a compelling blue-sky opportunity to pursue as our team explores the potential for an “overburden-hosted” uranium mineralization that also contains cobalt, nickel and various rare earth elements (REE) mineralization uncovered in the analysis results which further solidifies KLS as our flagship project in the Athabasca Basin.” 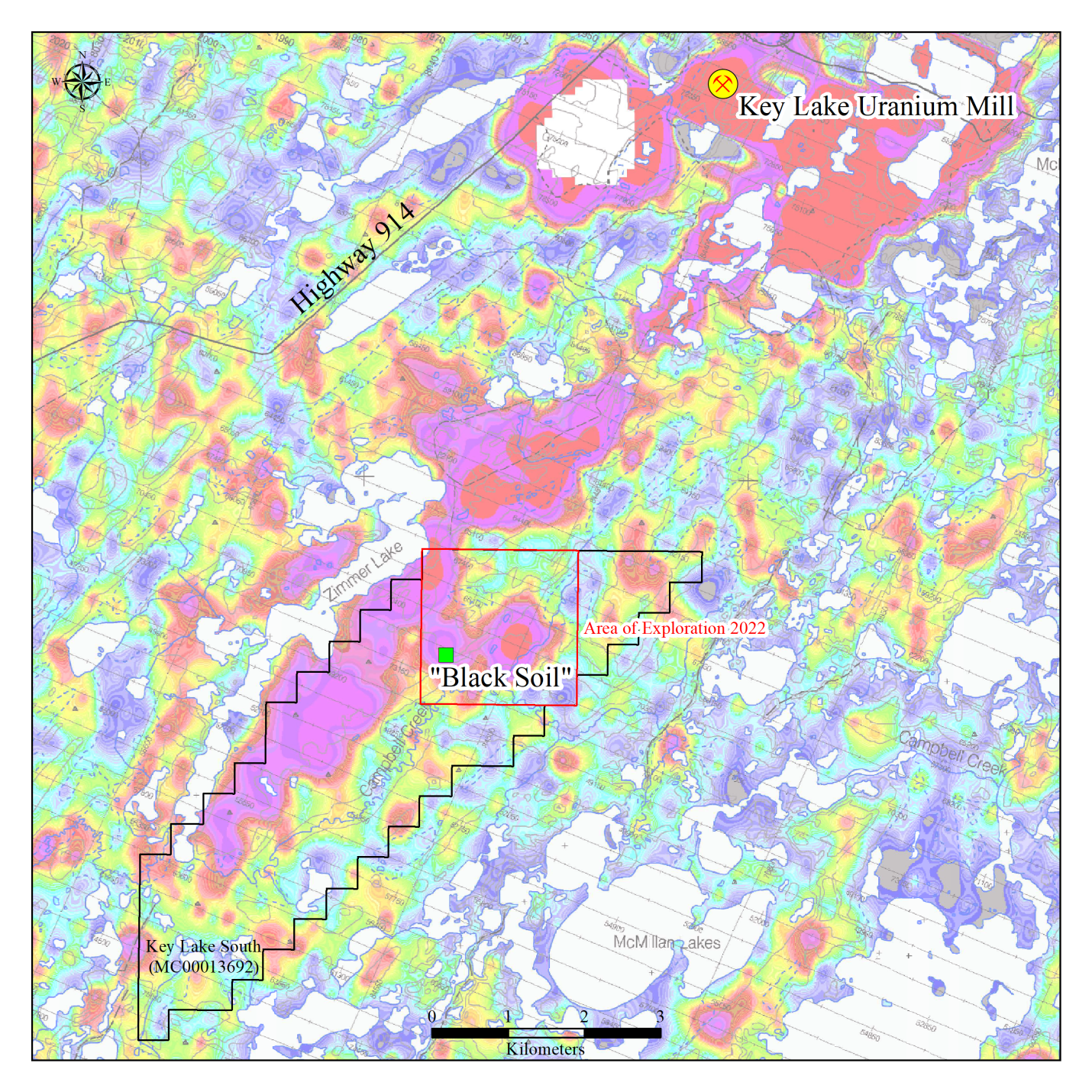 Photo 1. The “Black Soil” radioactive anomaly. Dimension of the Geiger Counter is 15 cm by 7.8 cm.

Traction Uranium Corp. is in the business of mineral exploration and the development of discovery prospects in Canada, including its three exciting uranium projects in the world-renowned Athabasca Region.

The Key Lake South Uranium Project is located approximately 6 kilometers to the southwest of the Key Lake uranium mill and in close vicinity to modern uranium mining facilities and highway transportation in northern Saskatchewan. Geologically, it sits at the southeastern edge of the Proterozoic Athabasca Basin – home of the world’s largest and highest-grade uranium deposits and operations. Recent discovery of Triple R and Arrow deposits has demonstrated further potential of high-grade uranium at the edge of the basin.

The technical content of this news release has been reviewed and approved by Linglin Chu, M.Sc., P. Geo., who is a Qualified Person as defined by National Instrument 43-101, Standards of Disclosure for Mineral Projects. The information provides an indication of the exploration potential of the Property but may not be representative of expected results.

On Behalf of The Board of Directors

This news release includes forward-looking statements that are subject to risks and uncertainties, ‎‎including with respect to the Company completing phase 1 and phase 2, the Company acquiring any interest in the Property, timing of cash payments, share issuances and expenditure requirements, and development of the Property. The Company ‎‎provides forward-looking statements for the purpose of conveying information about current ‎‎expectations and plans relating to the future and readers are cautioned that such statements may not be ‎‎appropriate for other purposes. By its nature, this information is subject to inherent risks and ‎‎uncertainties that may be general or specific and which give rise to the possibility that expectations, ‎‎forecasts, predictions, projections, or conclusions will not prove to be accurate, that assumptions may not ‎‎be correct, and that objectives, strategic goals and priorities will not be achieved. These risks and ‎‎uncertainties include but are not limited those identified and reported in the Company’s public filings ‎‎under the Company’s SEDAR profile at www.sedar.com. Although the Company has attempted to identify ‎‎important factors that could cause actual actions, events, or results to differ materially from those ‎‎described in forward-looking information, there may be other factors that cause actions, events or ‎‎results not to be as anticipated, estimated or intended. There can be no assurance that such information ‎‎will prove to be accurate as actual results and future events could differ materially from those ‎‎anticipated in such statements. The Company disclaims any intention or obligation to update or revise any ‎‎forward-looking information, whether as a result of new information, future events or otherwise unless ‎‎required by law.‎

The CSE has neither approved nor disapproved the information contained herein.

Traction Uranium Announces Change in Board of Directors